The Future of SaaS and IaaS 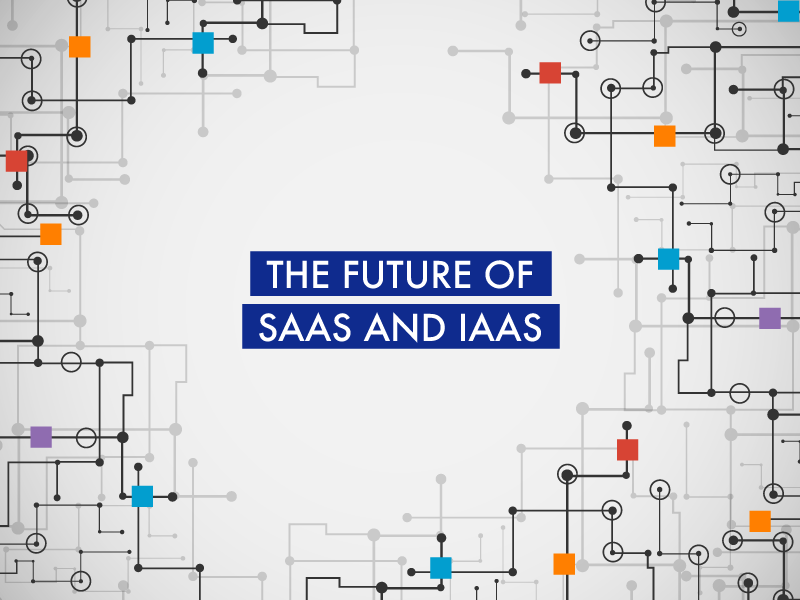 The Future of SaaS and IaaS

Cloud computing has been one of the most significant forces to impact the tech market in the last decade as it continues to disrupt traditional computing models in favor of more agile, scalable, and elastic solutions for businesses. Forrester Research predicts that starting in 2017, large enterprises will make the move to the cloud in a big way, boosting the cloud market to $236 billion by 2020 in the process.

What is Cloud Computing?

SaaS industry will continue to grow Since the concept of Software as a Service was established in the 1960s by IBM, SaaS has come a long way. Procurement analysts at Technavio predict that the global SaaS industry will grow at a CAGR of 8% by 2021. This rapid growth indicates that SaaS will soon become commonplace within every organization.

SaaS companies will expand their offerings As the demand for SaaS grows, businesses will begin to look toward regional and industry-specific cloud providers for more specialized services. It will no longer be sufficient for SaaS companies to provide products that master only one function. In order to stay competitive in the industry, SaaS providers will need to expand upon what areas they’re currently dominating and make the move from single product services to platforms.

Benefits and drawbacks of SaaS One of the biggest advantages of SaaS is the cost savings it offers due to its multi-tenant architecture. Other benefits of SaaS that draw enterprises include its low resource overhead, centralized control of user applications, simplified security and patch management. SaaS applications eliminate the need to purchase hardware and host new applications. Many SaaS companies also provide APIs and customized software for customers, allowing for integration with other software. However, enterprises have concerns regarding security and privacy, amongst other issues.

Private cloud and the transition to HCI To address security concerns, many SaaS users are gradually building private clouds, with close to 50 percent of organizations in North America and Europe using hyper-converged infrastructure (HCI) in 2016 to build their private clouds and improve upon their SaaS infrastructure. HCI is the infrastructure that comes prepackaged with advanced computation and storage services, making it easier to run SaaS without any technical glitches. It can scale fast, having a large impact on startups that need to move quickly to get to market. According to cloud industry expert Ian Khan, “many more organizations will transition to an HCI infrastructure rather than investing in their own hardware and on-premises infrastructure.”

Public cloud While private clouds provide better management of enterprise data in terms of security, public clouds allow for better utilization of SaaS without increasing overall cost. Aside from start-ups and small businesses, industry experts predict that in 2017, even large businesses like Boeing and Capital One will take the plunge into the public cloud sector.

Cloud computing isn’t a one-size-fits-all approach, which is why a combination of cloud infrastructures, whether private or public, is best for most companies. This is true for both SaaS and IaaS.

INFRASTRUCTURE AS A SERVICE

Infrastructure as a Service (IaaS) is a way of delivering cloud-computing infrastructure (i.e. servers, storage, networks and operating systems) as an on-demand virtual service. Rather than purchasing servers, datacenter space or network equipment, IaaS clients can instead outsource those resources as they choose. There are many IaaS providers in the industry, from major players like Amazon Web Service (AWS), Microsoft Azure and Google Cloud Platform to more regional players.

IaaS is a rapidly developing field As with SaaS, IaaS is on a growth trajectory. According to Forrester Research, infrastructure and platform clouds are expected to be a $32 billion market in 2017, growing at 35% CAGR, which is even faster than the SaaS market. AWS could hit $13 billion in revenues in 2017, with Microsoft Azure generating revenues two to three times smaller, and Google Cloud Platform predicted to generate revenues of half a billion to $1 billion. Adoption of these services by corporations will come fast in 2017 as companies move beyond the experimentation stage.

Benefits and drawbacks of IaaS The benefits of adopting IaaS are similar to those of SaaS – it provides reduced cost, higher flexibility than corresponding dedicated server options, allows for scalability, and customers can focus on their business, while leaving the day-to-day management of infrastructure to the experts.

For the three major players in the industry, benefits of IaaS include giving customers more choices – from where to host their data around the globe, to how much virtual space they need to optimize their workload, and finally to what new ways they can use to manage and analyze their data in the cloud.

While IaaS provides considerable advantages, there are situations where it has its limitations. If there are regulatory compliances making outsourcing of data storage difficult, IaaS may not be the best option. Also, if high performance is required and on-premise hosted infrastructure can better meet the organization’s needs, then once again IaaS may not be the best choice.

Unification of private cloud with HCI As with SaaS, IaaS can be obtained as public or private infrastructure, or a combination of the two. Although, the use of a private cloud is more appropriate and common among IaaS than it is with SaaS. In 2017, the cloud market will shift sharply away from traditional private cloud suites to more affordable solutions that integrate hyperconverged platforms. Microsoft’s Azure Stack – a converged infrastructure that’s meant to be compatible with Azure public cloud – should be available sometime in 2017.

For organizations looking to move to cloud computing, it is important to understand the different infrastructures available and to assess their own situation before deciding which types of solutions are appropriate for their unique needs.